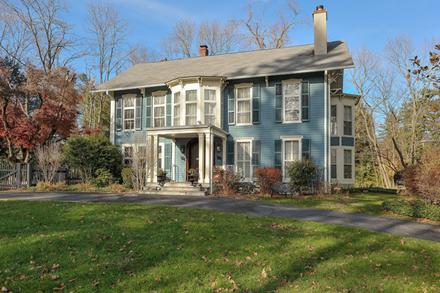 As you proceed north along Quaker Road about half a mile from Chappaqua village, you reach the top of a rise that overlooks Kipp Street and an extensive wetland that was once a large shallow body of water called Chappaqua Lake.

On the high ground is a generously proportioned Victorian house, with the broad eaves, bay windows, and an ornate entrance porch typical of the Italianate style of the mid-19th century. At the back of this house is a small, simple flat-roofed ell that looks like a later addition. It is almost certainly, however, what remains of the original house on the site, built more than a century earlier, and one of the pioneer homes in New Castle.  Read more on NewCastleNow.org

Take a look at some of the homes, places and events that make Chappaqua a truly special place to live.

If  you have difficulty accessing content, have difficulty viewing a file on the website, or notice any accessibility problems, please contact me to specify the nature of the accessibility issue and any assistive technology you use.  I will strive to provide the content you need in the format you require.

I welcomes your suggestions and comments about improving ongoing efforts to increase the accessibility of this website.